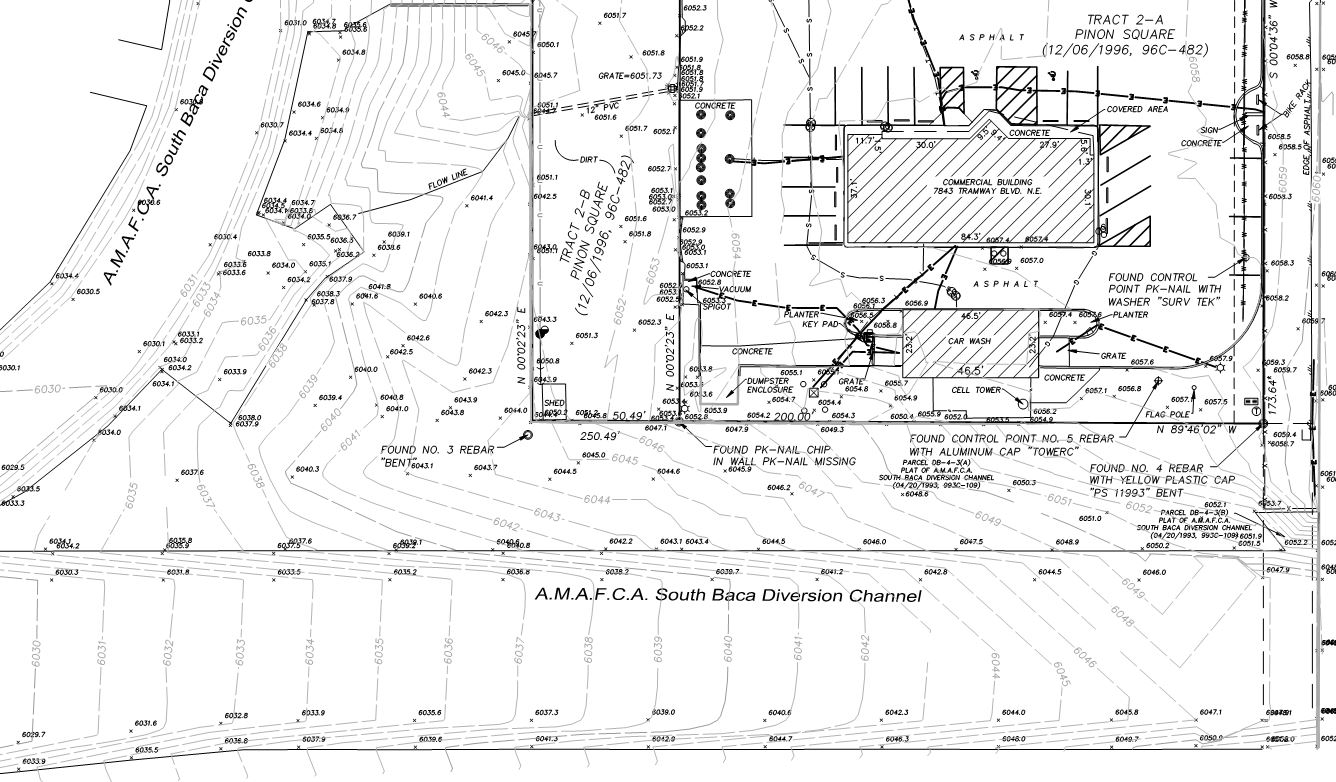 A topographic survey shows the elevation of a piece of land.

The elevations are typically represented by contours, spot elevations or a combination of both. Improvements are also shown on a topographic survey. A topographic survey is typically used by an architect or engineer for planning purposes such as the layout of a new building and the grading and drainage for this building. In some cases, sub-surface improvements may be required to be shown. This involves determining the depth of buried utility lines.

Data collection for a topographic survey requires tying to a known benchmark which provides a reference elevation. Data can be collected by Global Navigation Survey System (GNSS) receivers, robotic total stations or differential levels. We use ground based, 3D laser scanners, which is the latest technology, to collect hundreds of thousands of data points per second.  It also takes photographs and can collect data at difficult locations. Aerial photogrammetry using drones is another service we offer via our associate company Volo Pervidi (Mr. Medrano is a co-owner of Volo Pervidi). We have the capability to use aerial photogrammetry or aerial LiDAR methods for data collection and this allows us to generate conventional topographic maps. Additionally, we can create 3D models-a powerful visualization tool-to present this data.